Beginning as a textile factory or more specifically a wool mill, Ermenegildo Zegna has spent a century establishing itself as a prestigious italian fashion house. This year the Zegna family celebrated its centennary with a centennial collection incorporating textile design and garment construction used by Ermenegildo Zegna himself a century ago.
Close attention is payed to the final details of the garments, with fabrics made in house using natural fibres, and trims such as buttons created with the Zegna crest. There is a sense of fine craftsmenship, with RTW as well as made to measure tailored garments offered. The label provides a selection of lines including, Zegna Sport, Z Zegna, Made to Measure, Ermenegildo Zegna, and a couture line. 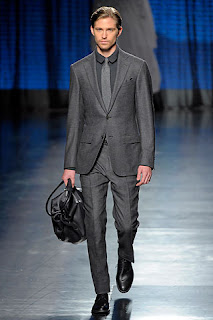 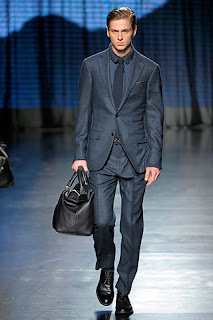 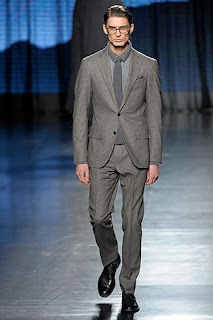 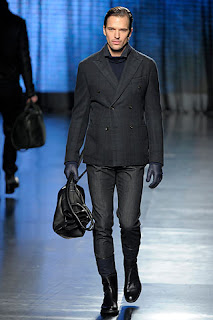 These designs differ especially in fabrication when compared with the tailored suits of savile row. The classic masculine silhouette exists with a subtle sinch at the waist, much like Anderson & Sheppard, but the appearance of these siuts seem more slim, and remincscent of the 60's tailored suit.

Posted by The Fozmeister at 2:07 AM