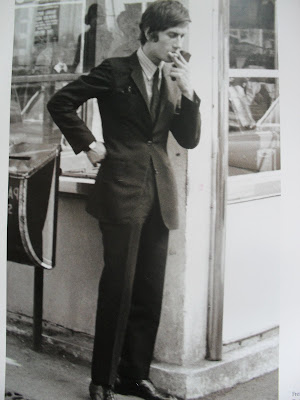 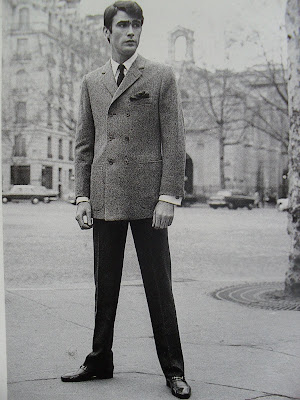 
My favorite period in men's fashion would have to be the early-mid 1960's. i dont think you can look past the classic slim suit which has seen a revival recently. its all about the slim pants, and a jacket longer in length, with a nipped waist and narrow shoulders. In France they called it the minet silhouette. Sleek, sophisticated and flattering to the male physique is how i see it. 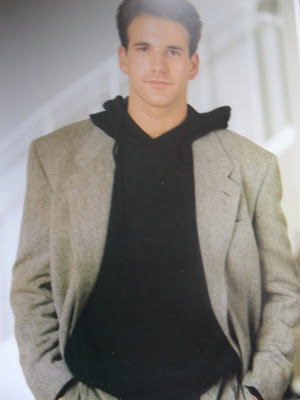 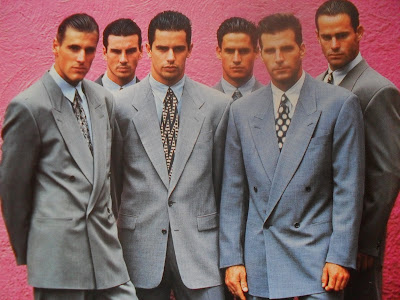 
It would seem that in the 1980's men's and women's fashions took on a similar evolution, though the impact was greater for women, with the shift in gender roles influencing the change of silhouette. For women it was all about asserting their roles as working women, equal to their male counterparts. It's sad to think that it took centuries and many brave feminists to get women to such a point in western society that they could finally be independent of men, and expressed this sense of freedom through dress. And i think, whether deliberately or not, men wanted some sense of masculinity to remain in their dress, even though, looking at the era, men seemed more adventourous and at times feminine. So perhaps there was a switch in roles but the strong oversized shoulder existed to prevent men from feeling emasculated, and women from feeling inferior.


Images from 'A History of Men's Fashion' , Farid Chenoune, Flammarion 1993.

Posted by The Fozmeister at 9:18 PM